Opposites Attract, But Should They Date? 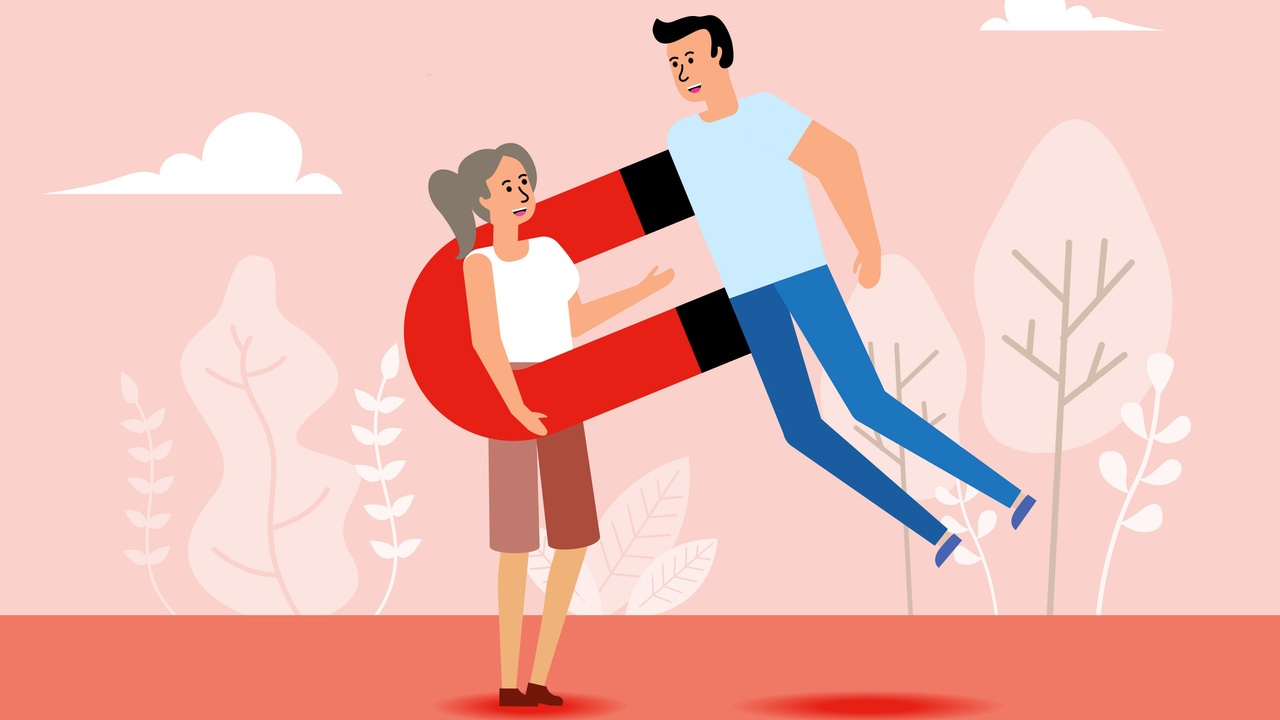 We should use and appreciate the abilities of those who have what we don't. However, the danger occurs when we use opposing styles or abilities as a basis for relationships. At the outset of the relationship, this may seem like a good thing. You are complementing each other. You each provide what the other needs. You are stimulated by the other's different points of view.

However, the danger of going for an opposite-type person is this: opposite-driven relationships often confuse dependency with true love. That is, people may feel intense longings and attractions for an "opposite" person. They may appreciate the "completion" they feel with that person. But they run the risk of simply needing that person for those functions, and never giving the true loving feelings any relationship needs to grow and flourish. Dependency is only part of love. It is not the full expression of love. The full expression of love is to give back from a full heart.

For example, Lindsey was more of a lover than a fighter. She was good at caring and connecting with others, but she had a hard time with assertiveness and conflict. It seemed she often ended up having to put up with maltreatment or inconsiderateness from others. She was a nice person, and therefore a magnet for irresponsible persons.

Lindsey started dating Alex, who was her opposite in this area. Alex was strong, confident, and had no problems entering into conflict for what he believed was right. He had clear moral and spiritual values, was successful in his career, and took initiative to solve his problems. Lindsey was attracted to Alex's strength. She was even more smitten when it helped her own life. For example, Lindsey's apartment manager neglected to have an electrical wiring problem repaired after she had made several requests. She mentioned the problem to Alex over dinner. The next day, he had called her manager. Lindsey never found out what he said to him, but the wiring was fixed within twenty-four hours. She was elated, grateful, and even more attracted to Alex.

He certainly had other good qualities, such as being caring, responsible, and funny. But she felt a lot of relief when she encountered conflicts that Alex would handle for her.

The relationship continued to grow and deepen. However, Lindsey began relying more and more on Alex to enter into conflicts that she felt ill-equipped to deal with. He negotiated with her garage mechanic over problems with her car. He talked to her boss about her weekend work hours. He even confronted her mother on how she used guilt to get Lindsey to make inopportune visits.

Finally, the confrontational Alex sat Lindsey down for their confrontation. He explained, "I really love you, but I'm starting to feel some resentment. I don't mind helping you; it makes me feel useful. But with some of these relationships, you are afraid of dealing with, I'm feeling more used than useful."

Lindsey understood what Alex was saying. She had been using the "opposite-thinking" mentality to keep from working on her own growth—specifically, her fear of conflict, anger, and arguments. She agreed that she had been using Alex without realizing it, and she began working on assertiveness in her support group at church. She told him, "Let me know the next time I ask you to do my dirty work for me." Alex appreciated her attitude.

This story ends well, as the two eventually married and are happy together. But the problem could have resolved in very different ways:

• Alex could have quietly resented Lindsey, and the relationship could have disintegrated.

• Lindsey could have disagreed with Alex, thinking it was his job in the relationship to solve these problems.

• Alex could have used his confrontation abilities to control and manipulate her in the relationship.

• Lindsey could have despaired at her inability to stand up for herself.

• Lindsey could have resented Alex's abilities, and seen him as domineering instead of working on becoming more assertive herself.

Had Lindsey not been a growing-type person, she may have remained conflict-avoidant, always looking to Alex to do that which she was afraid or unwilling to do.

If you’re seeking to grow as a person to enjoy a better dating life, click the link below to get signed up for my upcoming webinar, How to Get a Date Worth Keeping.