When We Fail to Develop Boundaries 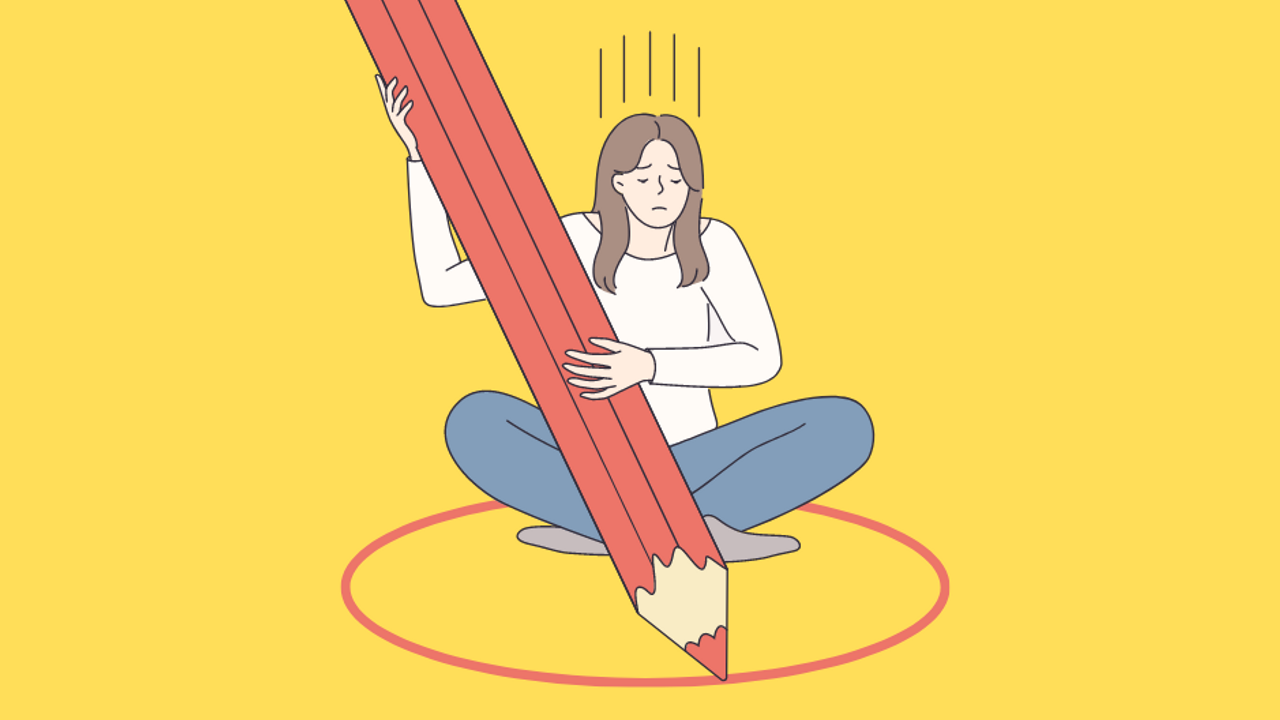 When We Fail to Develop Boundaries

Numerous problems arise when we fail to set good boundaries and maintain them. If we do not realize what we are responsible for and what we are not responsible for, we can suffer from the following symptoms. Symptoms, you recall, point to the existence of an underlying problem. No one has ever come in my office and said, “Dr. Cloud, I have trouble setting boundaries, and I need your help in learning how to set good boundaries.” But people do seek help for the following symptoms, when their real problem is often confusion about where and how to set boundaries.

Symptoms of Failure to Set Boundaries

Many people experience depression because they do not set good boundaries. The lack of boundary setting sets them up for being mistreated, and much pain follows.

Others are depressed because they turn inward their anger at people who are controlling them. If they aren’t in touch with their choices, they think they have no choices, that other people have control over their choices. They become resentful, perhaps even bitter.

Panic disorders–attacks of sudden, overpowering fright–most often fall in this category. Many people panic because they think they have no control over what happens to them. They think they must do whatever anyone wants them to do, and they feel out of control. Having others in control of one’s life and choices can be very scary. It’s a prescription for panic disorder.

Many people resent things they are doing because they are doing them “reluctantly or under compulsion” (2 Cor. 9:7). Too often, they comply with others’ wishes and do what they really don’t want to do, then resent it later. Martyrs–people who assume an attitude of self-sacrifice or suffering in order to arouse feelings of pity or guilt in others–often display this symptom. Their giving is not really giving because it has strings attached.

Passive-aggressive behavior is characterized by indirect resistance to demands for adequate performance in social or work settings. For example, if a woman is pressured to serve on the school’s cultural arts committee, she may say yes and then resist passively by forgetting appointments, procrastinating on projects, or misplacing important materials. She did not have the courage to set proper boundaries and just say no to the request to be on the committee.

When we do not set limits and let our “yes be yes and our no, no,” we may set those limits passively. Many who struggle with uncompleted promises to others are really being passive-aggressive. They express the aggression of saying no in a passive way.

Codependency is a learned pattern of attitudes, feelings, and behaviors in which people seriously neglect their own health and well-being for the wishes of others. Codependent people always put the other person first, often to their own detriment. They do not see who is responsible for what and often enable evil. These people are always confused about boundaries. In taking responsibility “for” others, they fail to act responsibly “to” them.

Identity comes from owning who we are and realizing all of our attributes. People who are not taking responsibility for what falls within their boundaries, and being separate from others, are unable to tell what is them and what is someone else. We need to know who we are apart from others.

Difficulties with Being Alone

Some people have not established good enough boundaries that they are able to have a self apart from others. They fear being alone, for they will not be with anyone; there is no one inside. They do not have the internal structure to contain the love they have for and from others. They always have to be with someone to survive.

These people have not failed to bond, but they have failed to develop an internal structure to hold the bonding inside. It is like pouring water into a cup with no bottom. The more love they get, the more they need. They have no ability to hold on to it. They need limits–boundaries–to help them form some internal structure.

Masochists are people who get pleasure from suffering physical or psychological pain inflicted by others or by themselves. Masochists are unable to set limits on others’ abusive behavior. They get a perverse pleasure out of being subjected to pain or humiliation. The pain causes more and more need, which makes it harder to set limits on the other person. They need someone so much, they can’t limit them. Masochists need to establish a support network to learn to set limits on abuse.

People who suffer from a victim mentality see themselves as victims of circumstances and other people. They never take responsibility for themselves. They use words like, “I had to” and “I had no choice.” Everything happens to them. They deny any sort of responsibility, especially in the area of choices. They think they have no choices.

Blaming is similar to victim thinking; blamers always direct responsibility for pain and change toward someone else. No doubt others cause us pain, but when we get into the “blame game,” we make others responsible for dealing with our pain, and that keeps us stuck. People who stay in the blame stage never change, for they take no responsibility for their own attitudes, feelings, or behaviors.

Feelings of Being Let Down

Since many are so good at taking care of others, they feel that others are obligated to take care of them. They feel let down when this doesn’t happen. They perceive others to be unloving and uncaring if they aren’t taking responsibility for them. They feel like they are the “givers” and others are “takers.”

People who experience boundary confusion, distorted thinking, and a lack of freedom often avoid relationship in order to feel a sense of boundaries. For them, getting close means losing their boundaries and ownership of themselves. It is so frightening and potentially conflictual that they eliminate relationship as an option and choose a world of isolation. Being alone means they won’t be invaded or controlled.

People Who Have Never Gotten a Feeling of owning their own lives believe they can’t function responsibly on their own. They will often depend upon someone else to negotiate the world for them, and they tend to fuse their identity with this negotiator. They are very fearful of separateness.

Disorganization and Lack of Direction

People who do not have a clear definition of themselves often lack direction and purpose. They cannot choose their own goals, likes, and dislikes. They get easily sidetracked by whatever anyone says to them, so they are scattered.

Many people who feel out of control of their lives turn to food, drugs, or alcohol to either dull their pain or to be able to take some control over something. This is especially true with people suffering from anorexia or bulimia. Boundaries are almost always an important issue in these disorders.

More often than not, boundaries are a strong issue in the resolution of addictions. Usually, when boundary conflicts are cleared up, when people with food or substance addictions begin to have a clearer sense of their own person, they begin to exercise self-control. Bulimics especially need to resolve issues of separateness. The ambivalence expressed in food is resolved as the ambivalence of relationship is cleared up through boundary definition. They no longer express the “I want it, I don’t want it” feeling by binging and purging.

Procrastination, or putting off unpleasant tasks until some future time, often results from a lack of clear boundaries. Procrastinators do not feel like they are really choosing; their no is not a real no. They say yes when they mean no; then they express their no by not following through. It is a distorted sense of control.

Impulsive people invariably have a boundary problem. They lack internal structure. Whatever they think, they do; they have a limited ability to say no to themselves. As they clear up their boundaries and learn enough self-control to say no, they begin to gain control of their impulses.

Some people struggle with a vague tension and anxiety that is sometimes related to lack of boundaries. Their internal structure makes them unable to process and contain all the feelings they have, as well as to handle all the external demands. While these people often can’t point toward one particular conflict or problem, they still feel anxious. Instead of working on a particular “issue,” these people sometimes need to firm up their sense of who they are by creating stronger boundaries. This gives them a greater sense of self-control, a greater ability to process feelings, and, as a result, less anxiety.

Obsessive people are preoccupied with often unreasonable ideas or feelings; compulsive people have irresistible impulses to perform irrational acts. Obsessive-compulsive people struggle with both persistent preoccupations and irresistible impulses. For example, a man who feels compelled to wash his hands every hour would be displaying obsessive-compulsive behavior. This man is obsessed with the idea of catching a cold and feels compelled to handwashing to prevent it.

Boundary setting is aggressive or bold behavior. People who can’t set clear boundaries turn this aggression against themselves in the form of painful obsessions, or compulsions that they must perform to be safe. People can often resolve these painful realities by strengthening their ability to set and keep boundaries. Setting boundaries provides the internal structure that can say no to both attacking thoughts and compulsions. They give them back the self-control that the compulsions were trying to provide.

By their very nature, compulsions indicate a lack of freedom. Developing boundaries and the ability to say no to others creates the freedom needed to work through compulsive problems.